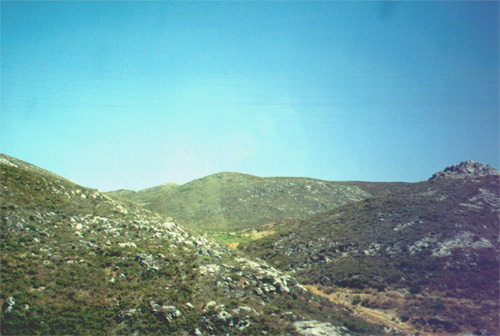 We of course took a nap at our hotel and then headed out to explore the town. We walked across the Puento Neuvo, the famous bridge in Ronda. It spans a very large gorge. It was awesome with incredible views of the surrounding countryside and farms. We stopped to eat dinner and then headed back to the hotel for the night. 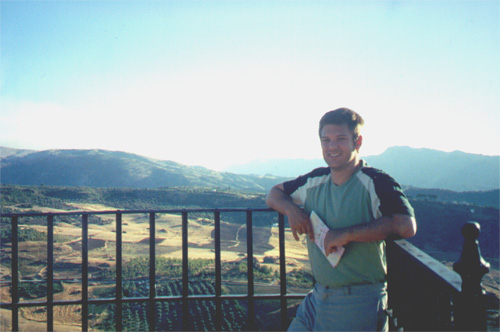 Brian Kleinman on the telephone 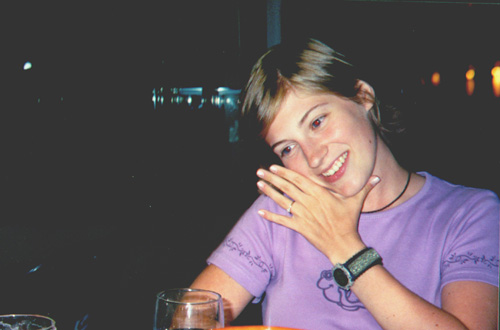 A square in Ronda

On Thursday, we ate a huge lunch. Brian had chicken salad and lasagna and Katie had a salad and scrambled eggs of the house. The eggs contained French fries, grilled tomato, peppers, and onions. The Spanish evidently love eggs.

Then we went to the tourist office and bought a small book of trails in the area. Then we went to the bullring – the oldest in Spain. It was kind of eerie to walk into the ring, but still neat to see. We saw where they keep the bulls and took some goofy pictures.

Our ticket into Plaza de Toros 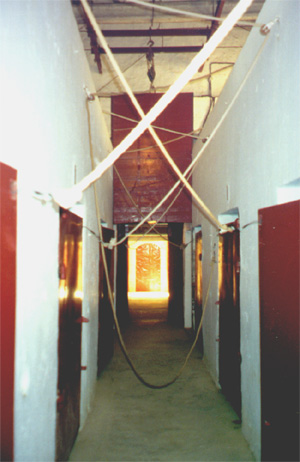 Plaza de Toros, where they keep the bulls 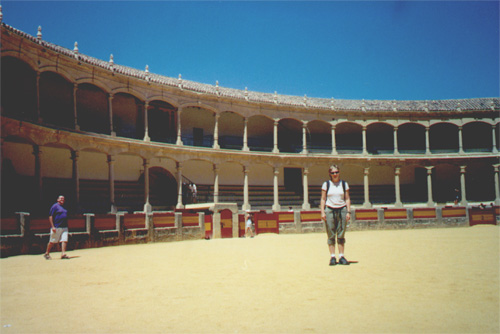 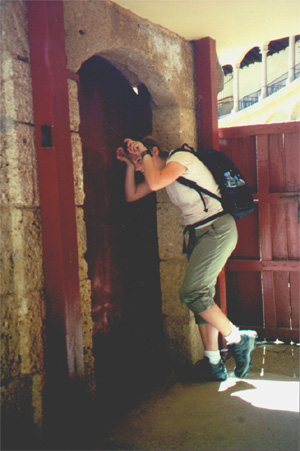 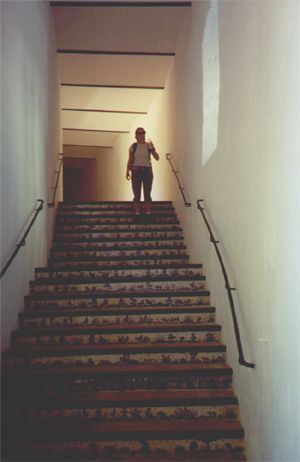 After the bullring, we walked to the old city to see the Moorish House. This house’s attraction is its stairs that take you to a well all the way at the bottom of the gorge. There were all these rooms, one for weapons, and another called the secrets room where two people can whisper across in the corners and someone in the center can’t hear. We walked back up and discovered we were in pretty good shape. 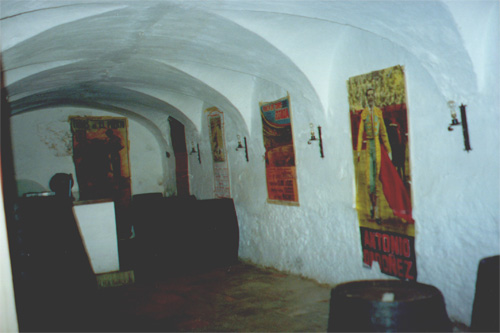 Inside Casa del Rey Moro (House of the Moorish King) 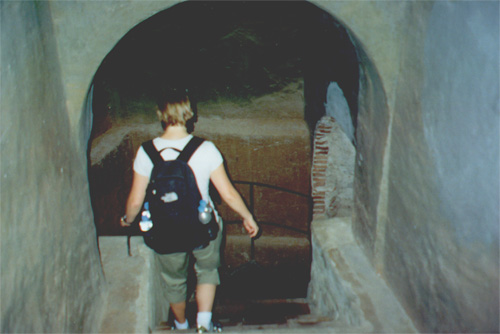 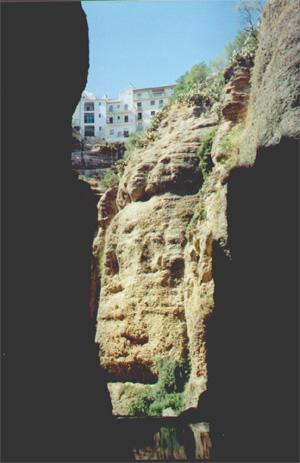 After the Moorish House we found some icy treats to eat outside a cathedral that used to be a mosque. We bought some water and headed for the hike that went down to an old water mill at the bottom of the gorge. The hike was well marked and all downhill.

The first stop was a funny looking rock outcropping and an old gate to the city. Then we continued to the Puerta del Cristo, which is an old Arab gate. We had a lot of fun taking in the beautiful views! We continued on down the path until we came to the old mill, which was the end of the trail. From here we decided to take an alternate route back, so we found another path in our guide book. 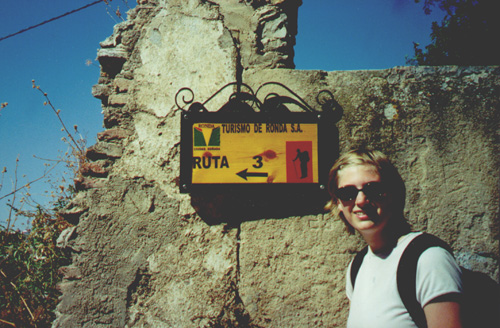 Katie Miller on the trail 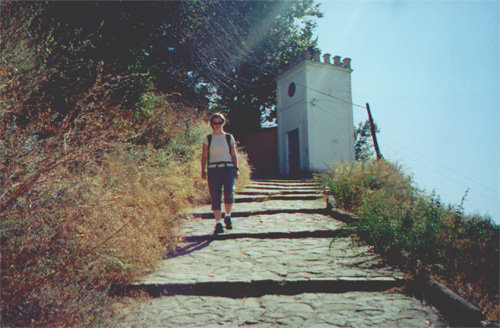 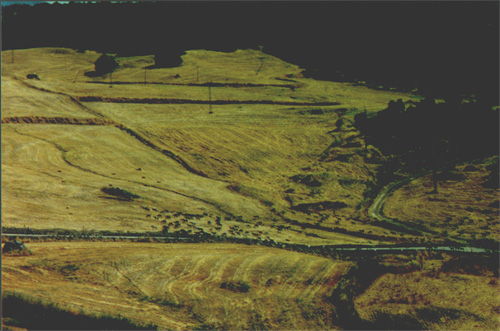 View of sheep crossing the road from the trail 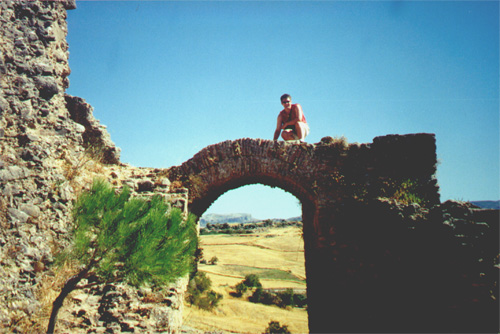 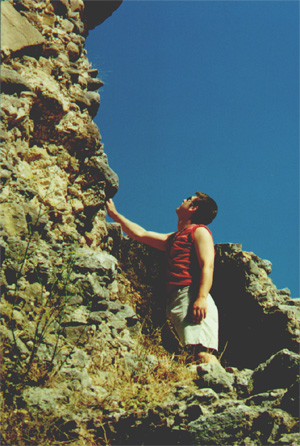 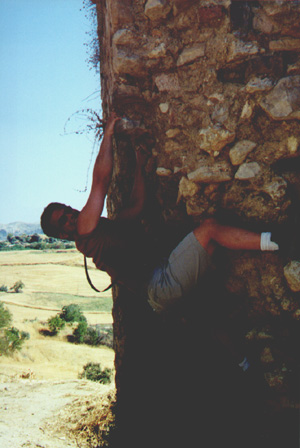 View of Puente Nuevo from trail 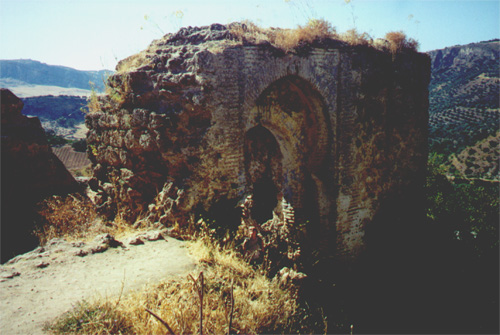 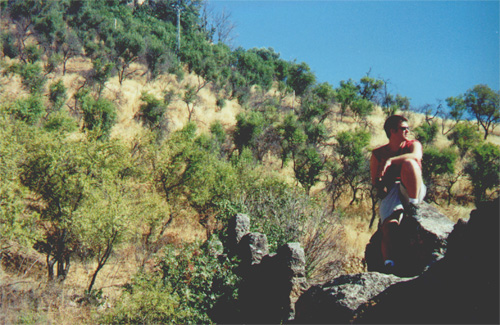 But we soon could see that we were walking away from the town and downhill. So we turned around and headed back towards the town, which we could still see from down low in the gorge. Along the way, we saw a lot of cactus and olive trees. Finally we found our way into the old city and relaxed after our hike with some icy treats! 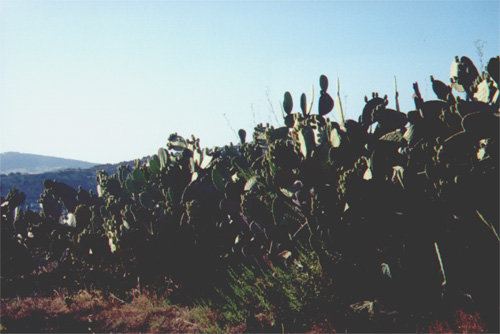 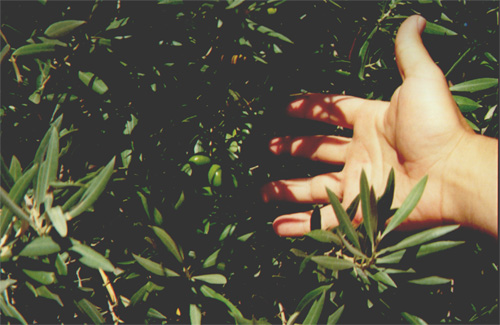 For dinner we went to a restaurant that was located right next to the Puento Neuvo. We sat on the terrace with an amazing view of the bridge. 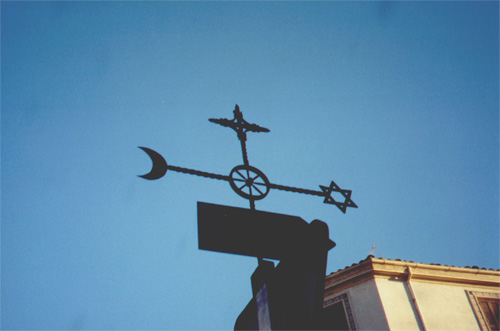 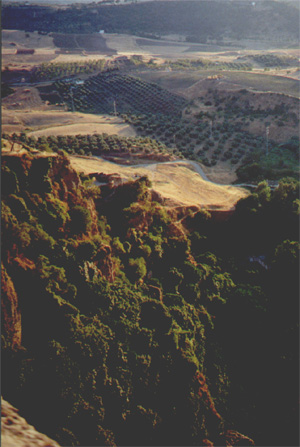 Katie ate plata ronda: grilled peppers, potatoes, pork, sausage, and fried egg. Brian had duck with pineapple and rice. For dessert we shared some melon, ice cream, and sherry. After dinner we headed back to our hotel and Brian ended up talking the hotel manager for awhile in Spanish. It was really cool. 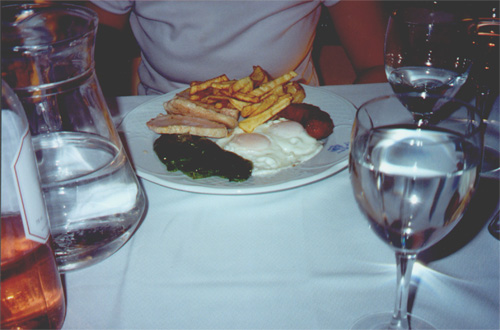 On Friday we woke up at 6 a.m. to start our journey to Faro, Portugal.