From Córdoba, we took the train to Marbella. We had no hotel reservation in Marbella, so we were a little worried about that. The hotel we had called told us that they have mattresses on the roof that we could sleep on if we could not find a room. But, lo and behold the hotel had “one room left.” Sure mister.

Then we ate lunch at an Italian restaurant and then went to an Internet café to e-mail. Then we had ice cream by the beach. We went back to the hotel and played cards in the lobby. Then we ate dinner. 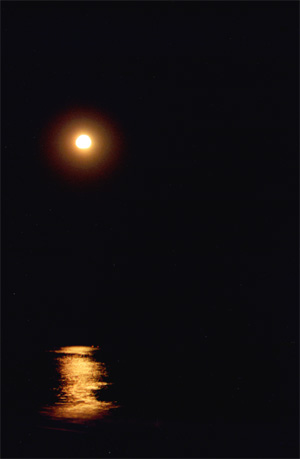 We woke up in a pool of sweat. The room was incredibly hot and humid with only a window that looked out into the hallway. It was so hot! Plus Brian could not sleep because he had a really bad stomach ache. We would have been better off sleeping on the beach or the roof. 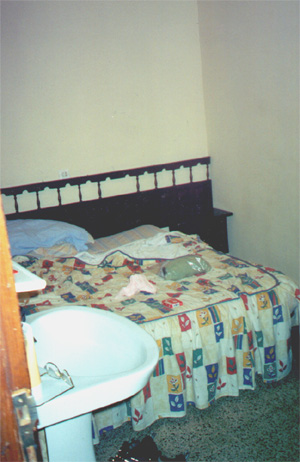 Katie Miller after a night in the hot room

We bought bus tickets to Ronda and then had lunch by the beach. Then we rented chairs on the beach and played in the sun. We were about the last ones to leave the beach. Then we walked along the boardwalk and even played race-car driver games in a video arcade. 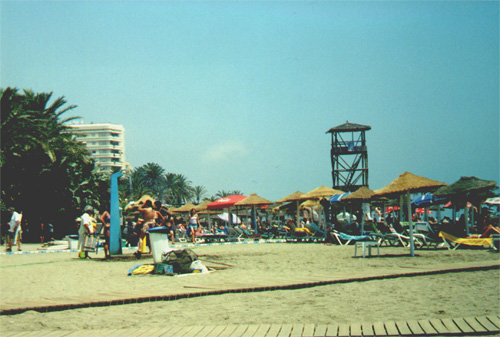 Kids playing at the beach 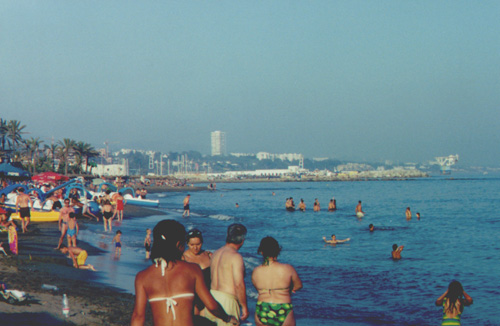 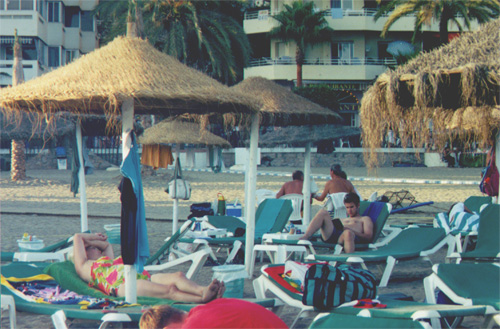 Brian Kleinman at the beach 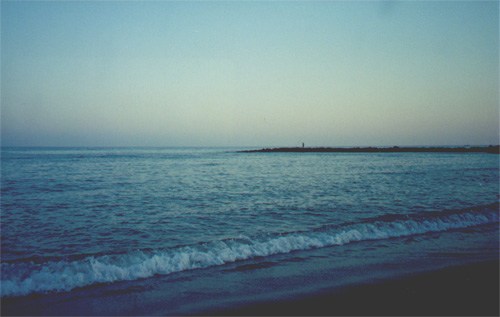 Fish being grilled on the beach

The next day we left to hike uphill to the bus station to catch our bus to Ronda.