The train to Madrid was, well, smoke-laden. Our seats were in a smoking car, a.k.a. death trap to our lungs. We basically spent a lot of time getting up and standing in between the cars to get fresh air.

We met a disgruntled American from New York at the train station who was trying to find a hotel. So he rode the subway with us to ours and he got a room there. We ate dinner and phoned home. 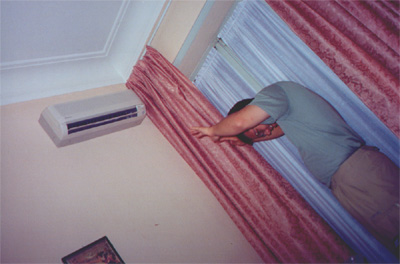 Brian Kleinman worshiping the air conditioning god. We had to operate it with a remote control.

The next day we did our laundry and had a snack lunch. It was a lunch of cheesy poofs, pop, and cookies. After our laundry was done, we went to El Corte Inglés, which is a department store, but with a grocery store too. We bought some clothes, soap, playing cards, a headband, and some souvenirs. 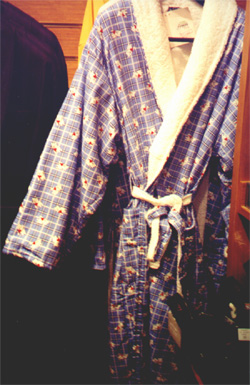 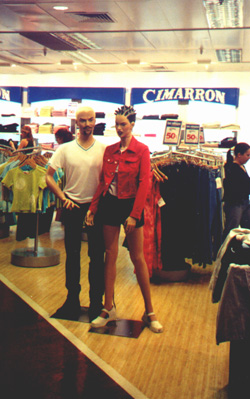 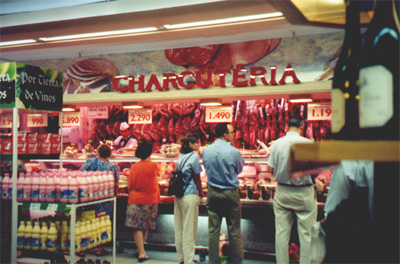 A deli/butchery in a grocery store 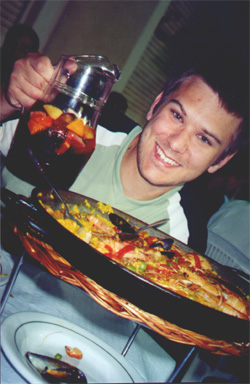 Brian Kleinman with sangria and paella

As we were walking home a woman handed us a flyer. We took it and then she told us to look out behind us. An old woman was unzipping our backpack! She ran away before we figured out what was going on. Pfew! She picked a pretty bad target though, the only thing in that bag was a guidebook, rags, and some candy. We ate dinner and had a drink at an Irish pub.

The next day we mailed a package home from the post office. Quite an experience. We then saw Fuente de La Cibeles (Fountain of La Cibeles). We walked down Paseo del Prado, which is lined with Madrid’s museums. 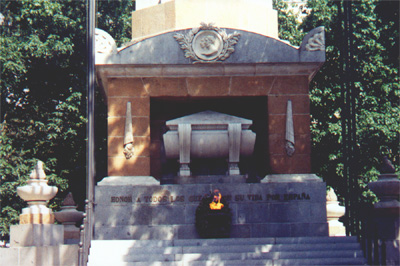 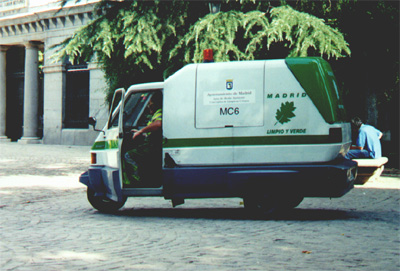 We then walked through the Real Jardin Botánico (botanical garden) which has over 30,000 species of plants. We also saw the Centro de Arte Reine Sofia’s glass elevator. 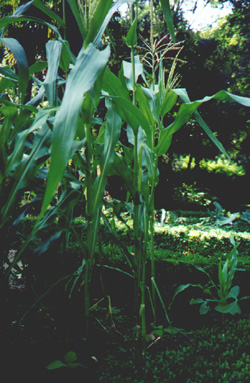 Corn! in the Real Jardin Botánico 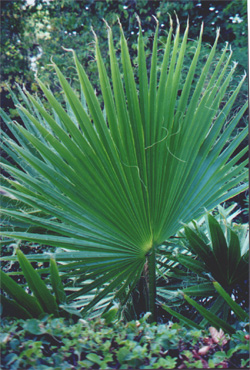 One of the many make-out couples we saw during the trip, this time in Real Jardin Botánico

A sequoia from California in Real Jardin Botánico 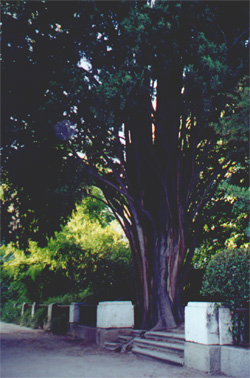 Bartenders in Madrid used to cover (tapar) drinks with saucers to keep flies out. Later, servers put little sandwiches on top of the saucers, and so they were called tapas. We were very intimidated to go into a tapas bar because of their local atomsphere, but we made ourselves do it and were very glad we did. We had one that was red and black sausage with potatoes and the other was grilled vegetables. We also had real sangria (mix of wine and fruit juice) and this time it wasn’t the stuff they water-down for the tourists. Yummy. We stopped on our walk home to our hotel for dessert in a cafeteria. 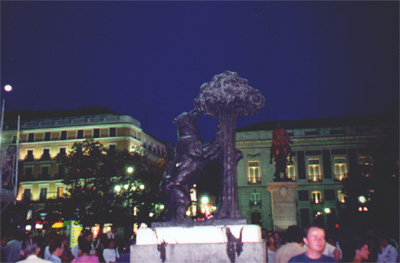 A symbol of Madrid: El oso y el madroño (the bear and the strawberry tree) 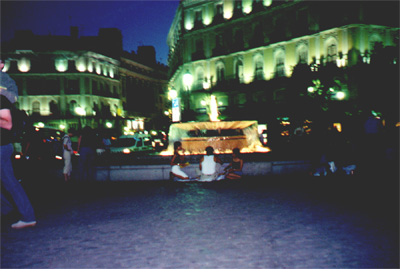 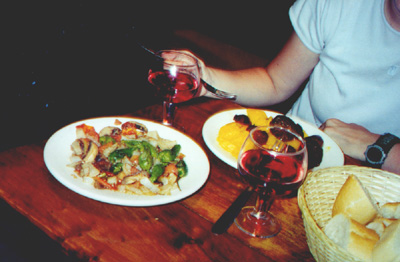 The next day we ate breakfast and set out for the Museo Nacionel del Prado (Prado Museum). This was our first huge art museum experience and it was exhausting. We liked the Goya and El Greco paintings a lot. 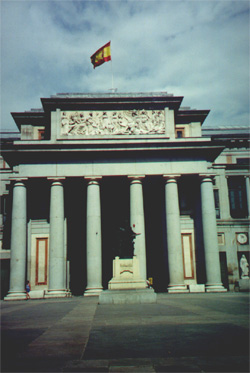 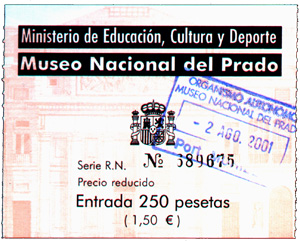 Our ticket to the Museo Nacionel del Prado 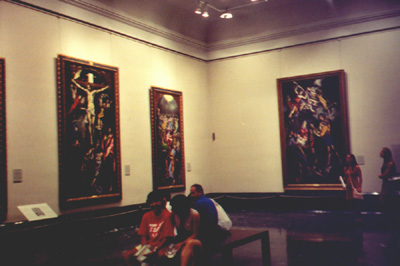 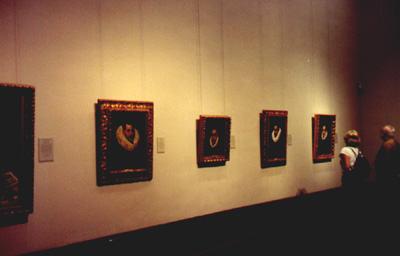 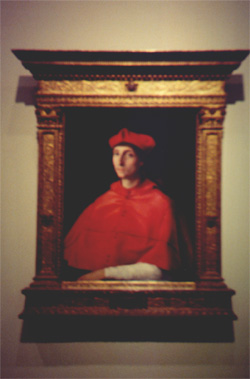 Then we walked to Palacio Real and to Plaza Mayor. At Plaza Mayor we had some tapas outdoors. We had patatas bravas (spicy grilled potatoes). Then we went to another tapas bar and we had salmorejo Cordobas (bread and spread). 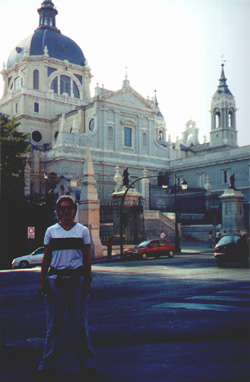 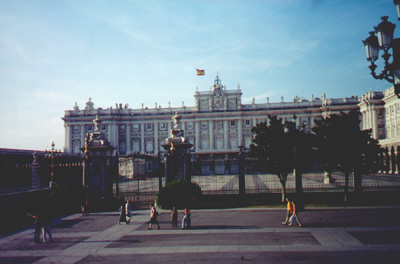 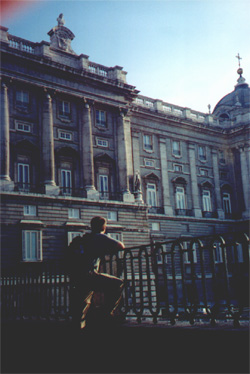 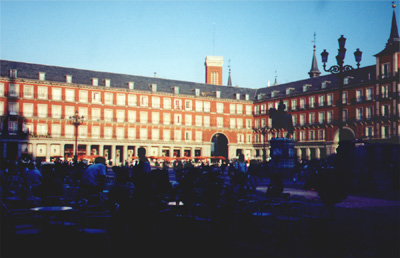 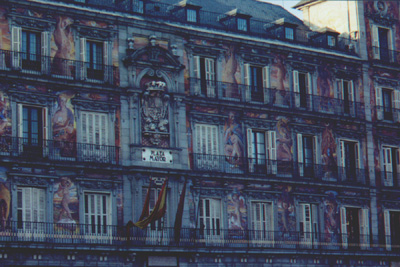 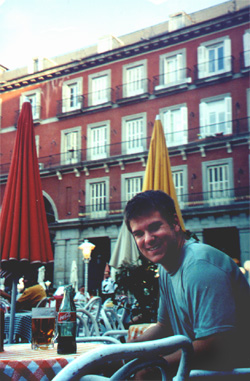 We also had some jerez (sherry). Brian got a pronunciation lesson on ‘jerez’ from the bartender. Pronounced more like ‘cherez’ with a hard ‘ch.’ We tried to find a Let’s Go tapas bar, but it was closed. We then went to a third Ma and Pop tapas bar. Literally, Ma cooked and Pop tended bar. We had champinon arillo (grilled mushrooms) and chorizo frito (fried sausage). 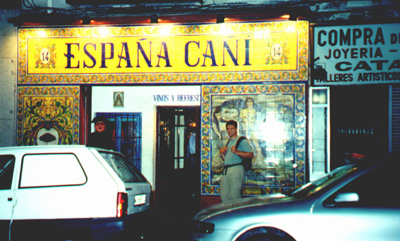 Brian Kleinman at another tapas bar 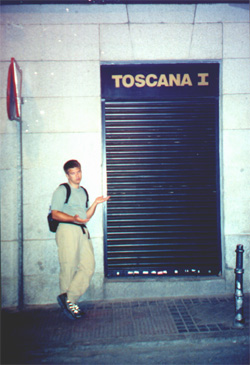 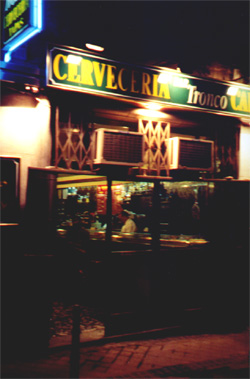 We were very full so we went to the hotel for sleep and got ready for our trip to Cordoba!