We traveled to Monte Carlo, Monaco on July 23. We tried to follow our guide books description of how to get to our hotel, which was in Beausoleil, France, but we exited the train station the wrong way. We consequently ended up hiking UP-HILL for quite a distance to our hotel. If we had exited through the correct exit, we would have gone up escalators or an elevator to the higher elevation. So after hiking to our hotel in France, we of course took a nap. 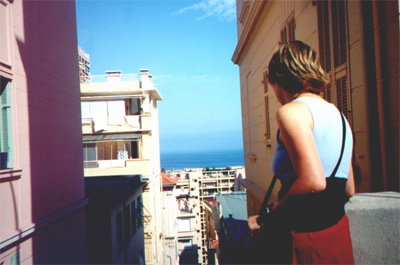 After our nap, we headed to the Casino. The Casino was beautiful and the people rich… We wanted to see the famous, interior, “big-shots” room, but there was a $20 fee just to get inside. So we decided to play the slot machines (no admission fee) with the other peasants. We spent our $20 there instead, most of which we lost. 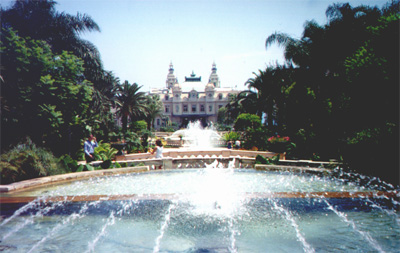 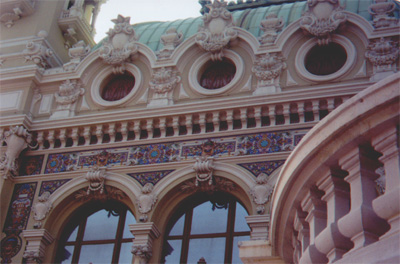 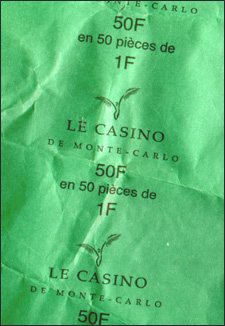 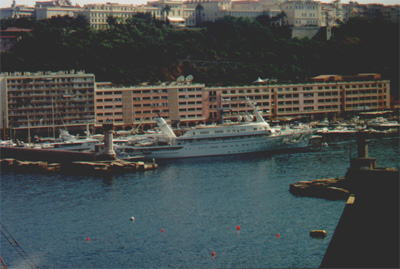 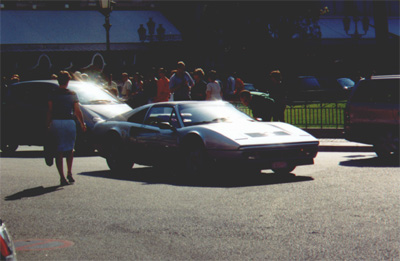 A car in front of the Monte Carlo Casino

The Casino at Night 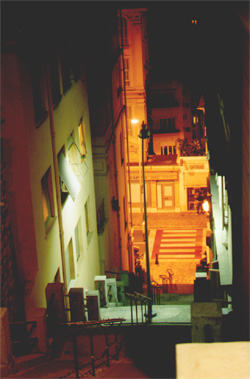 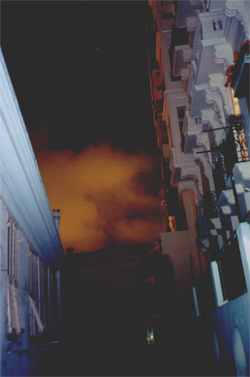 We then ate dinner quickly at a French fast food restaurant because we were going to see a movie. We were very excited, even though the only English movie playing that night was a Slyvester Stallone movie, Driven. But it was nice to hear someone’s voice, other than ours, speaking English!

The next morning we got up early to head across France to Carcassone.