After our sleeping car night train ride to Naples, Italy, we were ready for a relaxing “vacation from our vacation.” But Naples was very wild. And not very relaxing. We washed our laundry at a place that seemed to be laundering more than just laundry. After that we took a packed bus to the port and from there took a boat to Procida Island. We decided to stay there instead of Naples. 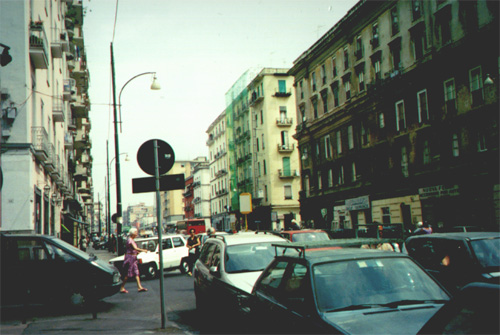 July 10, 2001: This picture doesn’t even begin to describe the craziness and confusion of Naples: cars parked on the corners of roads, no traffic signals, and people walking everywhere.

Once in Procida, we took an even wilder bus ride through the narrow streets of the small village. Our hotel was very nice, the shower was just a shower head mounted on the wall – it got the entire bathroom wet!! 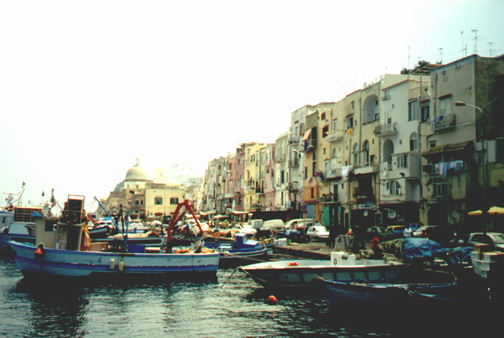 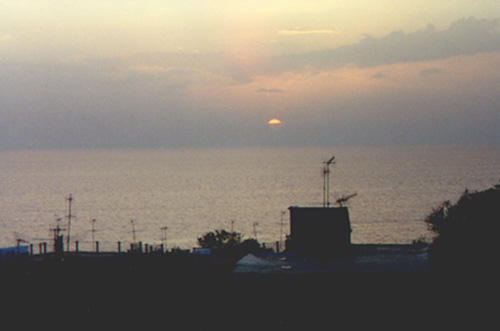 The view from our hotel room.

The next day we spent relaxing at the beach. And we kept running into the “annoying Canadians.” The woman wouldn’t stop talking to me (Katie) about her relatives and what diseases they had. The man talked about “man things” with Brian and their daughter looked like she just wanted to get away from her parents… They were annoying. 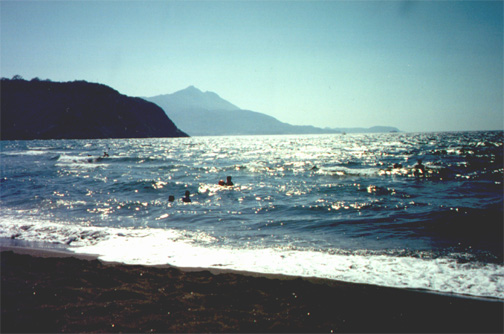 Brian Kleinman at a beach. 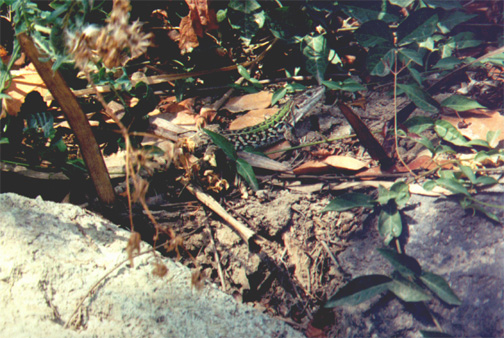 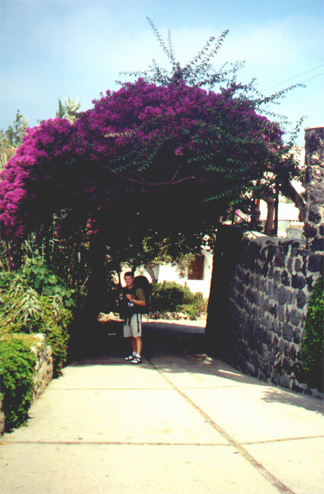 The next day we left Procida and went back to Naples to leave for Pompeii, Italy.