We arrived in Vienna on Wednesday, July 4th. We found our dorm room and had dinner at a restaurant called Griechenbeisl. 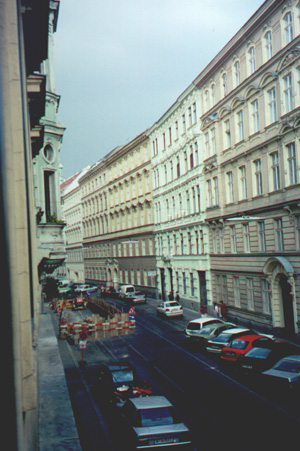 The next day we went to Volksgarten (People’s Park) and took a nap. When we woke up we walked around the park and there were a lot of political rallies going on. We came upon a jazz festival in the Rathausplatz (Town Hall Square). We also walked to the Judenplatz. We went back to the Rathausplatz, where there was a film festival going on. 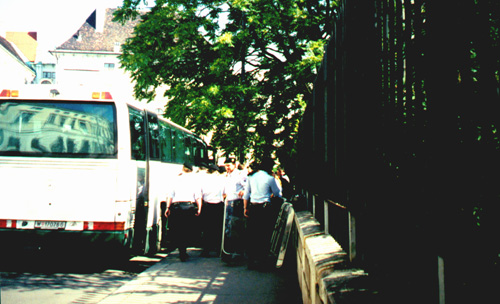 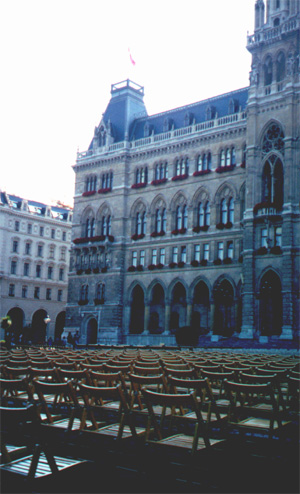 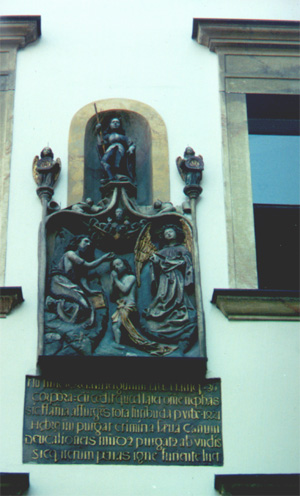 Plaque in Judenplatz, a 16th century relief about the medival purge of Vienna’s Jews. 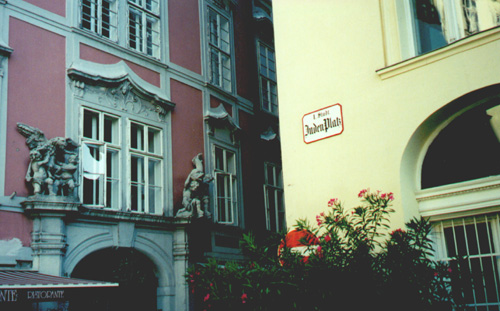 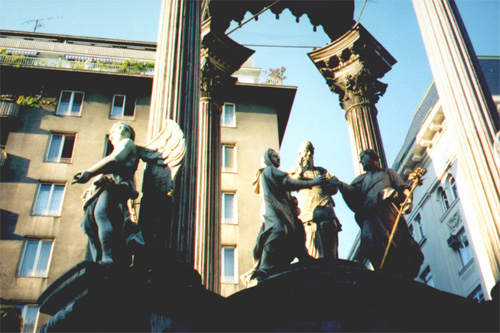 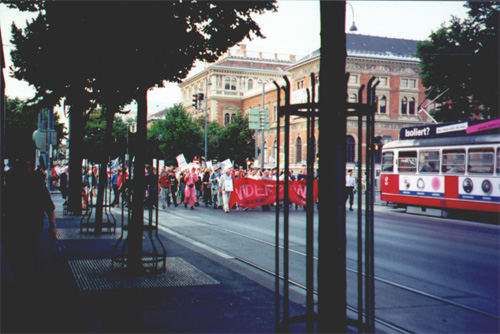 A rally in Volksgarten (People’s Park). 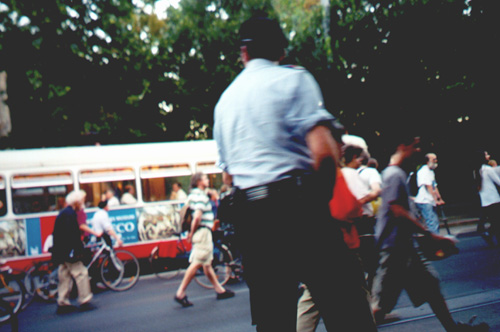 A rally near Volksgarten (the People’s Park). 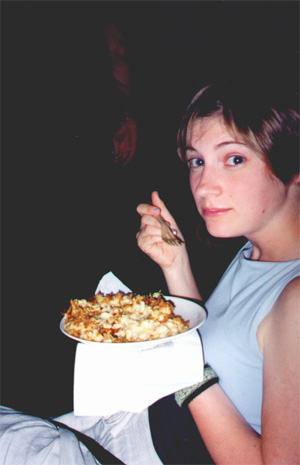 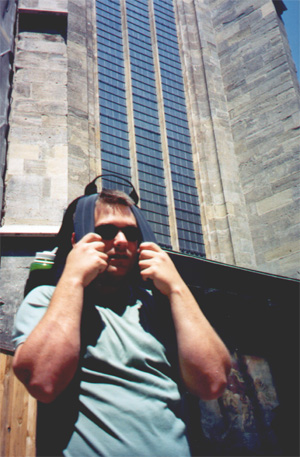 On Friday we got up and visited Stephansdom (St. Stephans Cathedral) and ate lunch there. We walked to the Stadttempl (City Temple), which was not destroyed during WWII because of its side street location. 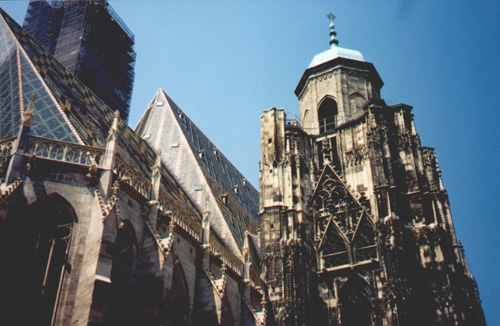 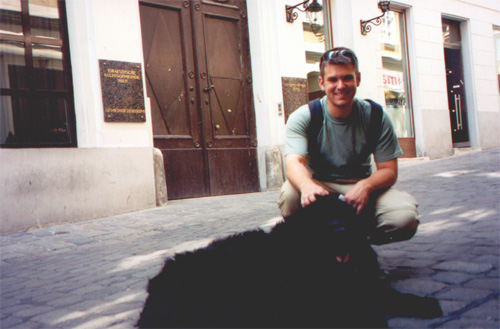 Brian Kleinman with a friend. 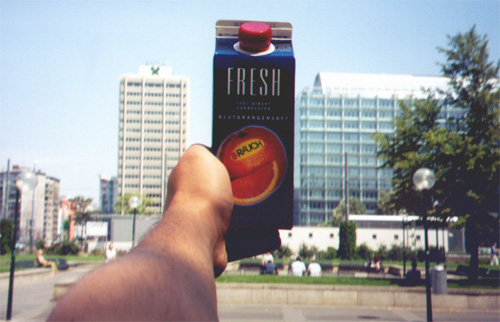 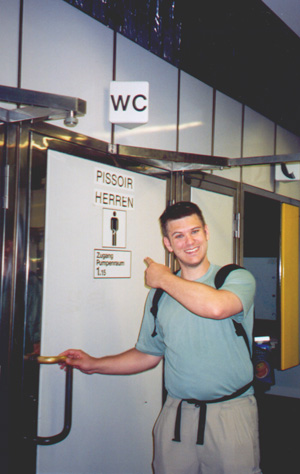 Brian Kleinman at the bathroom. 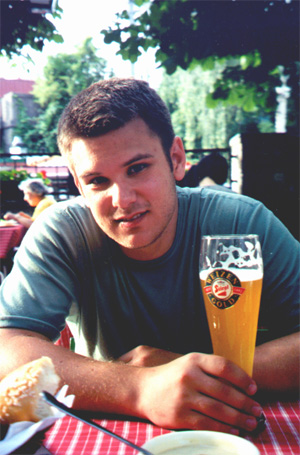 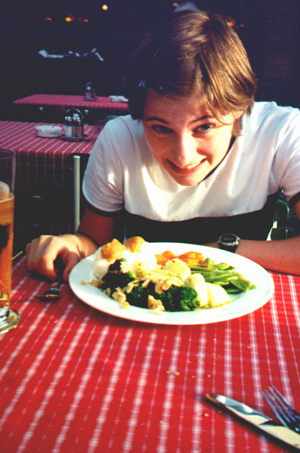 We then took a train to Salzburg, Germany, from where our night train to Venice, Italy would leave.